Everything You Need To Know About Moving To Elmhurst, IL

Elmhurst is a suburb of Chicago, Illinois, located in the northwest corner of DuPage and Cook Counties, about 25 miles northwest of downtown Chicago. It's well on its way to becoming a major metropolitan city with more than 47,000 residents.

Elmhurst is also home to one of the nation's busiest commuter railroad stations. What was once an agricultural village has been transformed by suburbanization and reconstruction into a charming town. Elmhurst gets its name from two large elm trees planted near the town's original train depot.

When considering moving to a new area, no matter what area that is, you'll want to do some research on your prospective new home. Moving to Elmhurst is no different, and to make things a little easier, we've compiled a few things you'll want to know about this fantastic city!

Elmhurst has quickly become one of the top places to live in the Chicago area.  From the affordable real estate to the countless things to do and exceptional educational opportunities, it's easy to see what has drawn a growing population to this thriving area of Illinois.

The city has an impressive list of amenities, including many parks and trails, a large library, numerous community events, and countless ways to enjoy the arts. Whatever your hobbies, you're bound to find something perfect for you while living in Elmhurst.

Let's take a closer look at some of the top features of Elmhurst, Illinois:

Elmhurst features a variety of different neighborhoods for you to choose from, and a wide range of housing styles. You can find everything from one-family houses to condos, townhouses, and apartments.

The average cost of real estate in Elmhurst is approximately $550,000 with affordable homes from the mid- $300,000s to more luxury neighborhoods feauring million-dollar homes.

The cost of rent in Elmhurst is slightly higher than many other Chicago suburbs. A one-bedroom unit typically costs around $1,311 per month and two bedrooms or more starts around $2,206 per month.

Whether you're looking for a trendy condo building located along one of the busier streets of the city, close to a multitude of restaurants and shops, or you're hoping to find a quieter area in one of the many safe subdivisions of the city, Elmhurst has a plethora of fantastic real estate opportunities for those looking to move to the area!

So, who exactly is living in Elmhurst, Illinois?

Statistics show that the average age of an Elmhurst resident is approximately 39 years old and the average household income is around $104,000. The area is perfect for young professionals hoping to work in a more urban setting while living in a more affordable apartment complex or even their first starter home as well as budding families looking to settle down in a safe neighborhood close to wonderful school selections.

Elmhurst is only considered mildly diverse, since about 83% of the more than 45,000 people who live there are Caucasion with the rest of the population made up of Hispanic, Asian, and African American residents.

Elmhurst is composed of a diverse range of industries. The employment rates for the city are much higher than the surrounding areas, which is a good sign for those looking to relocate.

Some of Elmhurst's largest employers include:

For those living in Elmhurst who wish to commute a little farther for work, it's only a 30 minute drive for locals to venture out into the heart of Chicago, opening up a great deal of career possibilities.

There are a number of ways to get around the city of Elmhurst. First of all, owning your own vehicle is not an uncommon method of traversing throughout the city. Secondly, Elmhurst has a wonderful public transportation system that many locals choose to take advantage of.

The city is served by Pace buses as well as the Metra Union Pacific/West Line. There are also several major rail services to utilize in Elmhurst including the Union Pacific Railroad and the Canadian National Railway.

The summer months as well as December offer a special transportation opportunity for the residents of Elmhurst in the form of the Elmhurst Express Trolley. This free trolley runs on the weekends between Elmhurst and the Spring Road businesses as well as the Elmhurst Public Library. This is an excellent mode of transportation during the busier tourist seasons. 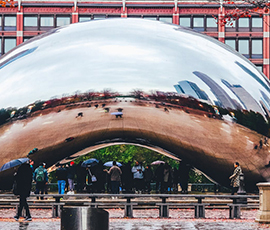 15 Things To Know Before Moving to Chicago

If you're planning on moving to Elmhurst, Illinois, you're going to want to find the best neighborhoods in the city. There are a number of options to consider, from modern condo buildings and new builds to well-established, older homes that have been around since the early 60s. The following are just some of the best communities in Elmhurst:

No matter what kind of neighborhood you're looking for, be it an older community full of well-established, single-family homes or a hip new community complete with the newest condo models, Elmhurst is bound to have something to suit your needs! Every neighborhood in the city is located within close proximity to the many incredible amenities and local businesses, so there's no fear of missing out on anything if you choose to settle into one of the communities a little further from the core of Elmhurst's social scene.

Elmhurst is home to its own school district, the Elmhurst School District 205, and is known for its reputable and safe schools. The district educates approximately 9,090 students in kindergarten through 12th grade. This top-rated school district is well-known for providing some of the best education in Chicago and offers a number of excellent resources to the students who attend each and every one of their many schools, of which there is 1 high school, 3 middle schools, 8 elementary schools, and 1 early childhood education center.

Some of the very best schools in Elmhurst include:

Elmhurst College, formerly Elmhurst College of Arts and Sciences, is a private liberal arts college. Established in 1960 as an arts and sciences college, today it provides access to higher education for students wishing to study the arts, humanities, or social sciences. The college is a member of the American Association of Colleges of Art and Design (AACAD) and has four majors: Art, Literature, Liberal Studies (arts and sciences), and Theatre.

Elmhurst University, a private, non-profit research university, was created in 1986 as the first Chicago area university to be owned and operated by members of the Muslim community. The school is a member of both the United States Distance and E-Learning Accrediting Commission (USDEAC) and the North Central Association of Colleges and Schools (NCA). Elmhurst University offers air transportation courses in the field of aviation, bachelor's and master's degrees in nursing, a doctorate degree in business administration, as well as allied health diploma programs.

For those looking for education outside of the public school board, Elmhurst is home to several private schools including a number of religious-based institutions such as: 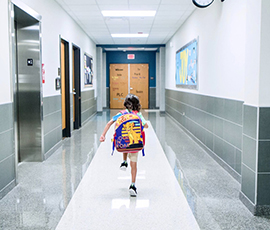 Things to Do in Elmhurst, IL

There is no shortage of fun and exciting things to do in Elmhurst! Since the city is home to a range of families and working professionals, there's a number of amenities geared towards children, youth, and adults alike.

One of the top destinations in Elmhurst is the Wilder Park Conservatory. This beautiful stretch of three acres features a collection of plants, art, and wildlife exhibits. For those looking for a quiet place to relax though, you might want to take a walk on the park's walking trail instead of spending time inside the conservatory. That way you can enjoy nature while also feeling like you're right in the middle of it all.

The Elmhurst Art Museum (EAM) is another popular attraction in the city and is the home to over 30,000 pieces of art. The museum features a number of exhibits all year long, and it is also the site of the Art in Wilder Park each spring.

Every year, Elmhurst locals and visitors alike gather to celebrate arts and culture in this exciting arts festival. The museum joins forces with the Elmhurst Public Library, Wilder Mansion, and the Wilder Park Conservatory to display a number of fine arts, crafts, and original creations by more than 100 local artists. This includes everything from hand-crafted jewelry, glass, ceramics, paintings, wood craftings, sculptures, photography, and so much more! Guests will also enjoy plenty of live music and entertainment as well as delectable food vendors.

There are a number of parks and recreation areas found within Elmhurst. This includes such attractions as Berens Park and Butterfield Park.  Both of these parks feature large green spaces, playgrounds, and fishing areas. Berens Park is a popular destination in Elmhurst for those looking to burn off some energy during the summer months thanks to its vast children's playground, basketball courts, tennis court, volleyball courts, and baseball diamonds. Butterfield Park also boasts plenty of open space and green areas where locals and visitors alike can enjoy a safe afternoon.

Shopping enthusiasts have several options to discover within Elmhurst including the Elmhurst City Center, York Center Plaza, and Elmhurst Crossing along with a number of smaller plazas and boutique shops. From upscale, high-end brands to quaint, local accessories, you can find just about anything along the streets of Elmhurst’s shopping district.

Elmhurst is a beautiful and safe city that's home to an array of amenities. From museums, parks, and shopping centers to higher education options like Elmhurst University or Elmhurst College - there really are endless possibilities for your family in this vibrant community! If you're seeking a trendy area complete with affordable housing and beautiful parklands, Elmhurst may just be the place for you! When it comes to moving to Elmhurst, Illinois, there's really no better time than the present!

Thinking about buying or selling? Let’s get in touch!